AI Takeover and Impact on Your Industry

NO RESULTS FOUND FOR

One of the hottest topics at the moment is how Artificial Intelligence (AI) is going to shape our future. Sure, you may have conversed with ‘Siri’ or ‘Alexa’ this morning, and maybe caught a quick show that Netflix recommended last night. But, could AI eventually replace you and steal your job? Research suggests that it’s a definite possibility, however, it’s unlikely to happen in the near future.

Despite somewhat lagging in terms of embracing AI, forward-looking HR departments have started using AI-technologies such as Talla, Pyremetrics and Koru. These platforms can help HR departments with their recruitment, onboarding and training - bringing about positive changes by automating processes and saving valuable company time. 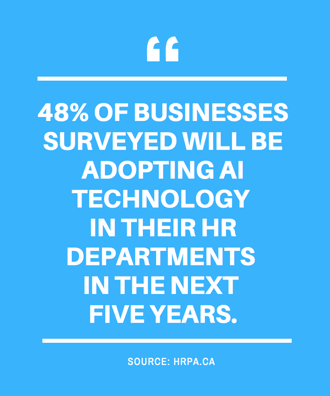 However, the same HR departments have to deal with the potential downside - the risk, that according to a recent McKinsey report, suggests our workforce is exposed to displacement by automation.

It’s slightly disconcerting when you read comments like "AI can eliminate 73 million jobs in US by 2030."

Alarm bells going off yet?!

It’s wise to remain calm though. These are, after all, projections. Given how little we currently know about AI and what it might look like in the future - it’s very difficult to make concrete predictions about how it will influence the job market by 2030.

And furthermore, even with AI becoming more sophisticated each year, there are going to be tasks that even the most advanced robots won't be able to do. So, we're quite some time away from hanging a "closed" sign on the HR department.

How will AI impact my industry?

It’s probably a fair assessment that Ai will impact certain jobs and industries more than others. With that in mind, let’s take a look at some recent predictions of how the “robots” might influence your industry in particular.

According to IBM, "50% of HR executives recognize that cognitive computing has the power to transform key dimensions of HR."

What’s more, the adoption of AI into HR departments is expected to accelerate over the coming years according to HRPA, with "48% of businesses surveyed will be adopting AI technology in their HR departments in the next five years."

Already, many aspects of HR can be "outsourced" to AI including talent acquisition, onboarding, training, performance analysis and retention.

Speak to anyone in finance, particularly those who currently execute on financial instructions or trades, and you’ll realize how significantly AI has already impacted the industry. The Wall Street Journal recently stated that "40% of corporate jobs in the finance department (accounting, accounts payable, etc.) have disappeared over the last decade largely as a result of automation."

That’s a hefty chunk of what was previously a flourishing workforce. One of the most heavily hit roles within the financial industry are the traders themselves. Harvard Business Review suggests that "...in 2000 there were over 5,500 floor traders on the New York Stock Exchange; now there are fewer than 400."

AI in healthcare is a market that is set to boom, with Frost & Sullivan predicting that investment in AI for medical purposes could reach $6.6 billion by 2021.

We’re already seeing examples of how AI can potentially save lives. Arterys, a medical imaging startup, reads MRIs of the heart and measures blood flow through its ventricles. The process usually takes a human 45 minutes. Arterys can do it in 15 seconds.

A further example would be IBM’s Watson AI which “recommends same treatment as doctor in 99% of cancer cases." 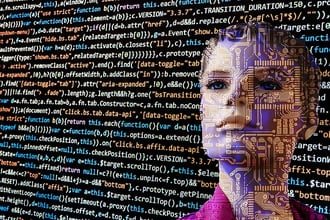 Tasks such as reading lengthy non-disclosure agreements could arguably be better suited to robots than humans. A test comparing the human vs AI on their ability to accurately read 5 of these non-disclosure agreements showed that “the AI completed the task in 26 seconds, while the human lawyers took 92 minutes on average". Also, the human lawyers "achieved, on average, an 85 percent accuracy rate, while the AI achieved 95 percent accuracy.”

It’s unlikely that we’ll see humans represented by robots in the future though, and McKinsey research agrees, “estimating that 23 percent of a lawyer’s job can be automated." That leaves plenty of room for skilled lawyers to remain in their roles.

Transportation and AI is arguably the most discussed form of automation at the moment. Self-driving vehicles are being rolled out in cities across the US, but it’s not just drivers and how we travel that could be impact. In a report published by the White House, it was estimated that "3.1 million drivers working today could have their jobs automated by autonomous vehicles.”

As always, with transportation it’s a case of “can we do this safely” above all else, and with automated vehicles already running test drives across the US it’s only a matter of time before it comes commonplace.

Unsurprisingly, the software industry is set to flourish thanks to AI. While AI might automate processes that reduce the number of jobs we need in a certain area, it ultimately opens up new jobs in other areas. According to IBM, “over the next decade, AI enterprise software revenue will grow from $644 million to nearly $39 billion.”

Where’s all this extra funding going you might ask? Well, Gartner predicts that by 2021 “more than 50% of enterprises will spend more per annum on bots and chatbot creation than traditional mobile app development.”

There’s always a fine line between opportunity to improve and risk of major disruption. AI is already changing where we work, how we work, and what we do.

As for what lies ahead in the future, according to research carried out by the WEF (World Economic Forum), “65% of children entering primary school today will ultimately end up working in completely new job types that don't yet exist.”

Don't miss out on the latest in the industry